This is the recipe from Bistrot le Paradou in the village of Paradou near Fontvieille in Provence. They shared the ingredients but did not give any details on the how to, so I am going to give some explanations based on local knowledge. The  thick hearty soup is served piping hot. 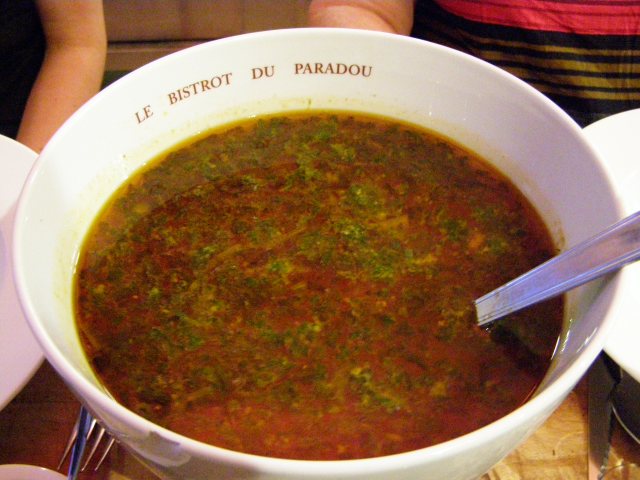 With the list above from the kitchen of Bistrot Paradou, I guess that you boil the coco beans in  about 3 liters of water for an hour. Strain and remove the loose skins. In new water,  add the beans, the diced potatoes, the diced zucchini, the green beans, and start boiling. Crush the tomatoes with the garlic and some olive oil to form a paste and add to the soup 10 minutes before all the vegetables are cooked. Sprinkle with olive oil, the basil and grated Gruyère after serving.

Notes: Fresh tomatoes can replace the can, in this case plunge them in boiling water first to remove the skins.

Many recipes include celery and or leeks and some a handful of small elbow pasta.